The figure of Santa Claus is an integral part of the story that this blog deals with, as it originates from the christian tradition, in Europe, to transform itself in the United States, graphically and substantially.

The Christian tradition was born from Nicholas of Myra (256 - 333), known as Saint Nicholas of Bari. The myth that envelops the life of the saint it is based on his generosity in giving three gold coins to as many poor young girls for allow them to marry, thus saving them from a destiny of prostitution (Adm. F. Pascazio - La Rivista Marittima - August 2007). The Christian tradition has therefore identified the saint with the three gold coins that accompany the iconography of the saint and even more with the gift, the act "... disinterested, to recognize in each person that gift that he is" (K. Woytila - John Paul II). And the tradition of the gift on the day dedicated to St. Nicholas (December 6) has extended to the Christmas gift.

In the mid-nineteenth century, Christian custom was influenced and modified by the cultural and social imprint of the industrial revolution. Among the symptoms of that, in 1843 the publication of "A Christmas Carol", by Charles Dickens, which, in an era of devastating poverty, brought together the themes of social commitment and religious custom in a spiritual key.

At the peak of this evolution we find the new image of Santa Claus, due to the pen of Thomas Nast (1840-1902), who had emigrated to the United States from Germany in 1845. After a trip to Italy in 1860, following Giuseppe Garibaldi and the Thousand, Nast began working as a political cartoonist for Harper's Weekly magazine, creating a series of icons that entered not only American life but the same lexicon: Democratic Donkey, Republican Elephant, Uncle Sam, Columbia, Tammany Tiger and finally Santa Claus.

In 1862 while Nast was following the American Civil War for Harper's, he invents the image of Santa Claus as we know it today, combining several familiar subjects and even an ironic self-portrait.

In the early drawings, on January 3, 1863, Nast's Santa Claus was handing out gifts to Unionist army soldiers on the battlefield, while in other cartoons a less ecumenical Santa Klaus deals with tying a rope around the neck of a puppet depicting the secessionist president Jefferson Davis. Initially the jacket was blue and adorned with the Nordic stars, while the pants had the characteristic stripes of that uniform. In the following years the jacket will change color several times, until it stabilizes in the red that came many years later, starting from 1932, adopted by the universally known advertising of Coca Cola.

Nast had great success in life, but not comparable with the  influence that his pen still has today in defining the image of the United States around the world. In 1902, after an argument with the publisher that left him on the verge of bankruptcy, President Theodore Roosevelt entrusted Nast with a diplomatic post in Ecuador, where he died of yellow fever a few months after his arrival.

In Morristwn, New Jersey, where Nast lived most of his life, there is a museum of comics that celebrates the life and work of the great artist. 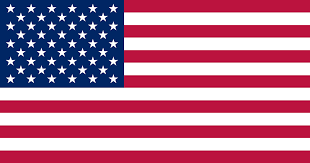